Diablo is a crow from Disney’s Sleeping Beauty. He is the pet of Maleficent, leader of the Hellfire Club.

In Kingdom Hearts II, Diablo only appears twice. Once in Twilight Town, where he brings Maleficent’s coat in front of the three fairies and makes them remember her so their memories could revive her.

Diablo appears once again in Hollow Bastion, where it meets Pete in the eye.

Diablo appears again in this game on the shoulder of Maleficent.

Though he has appeared in Kingdom Hearts II, he never had an entry in Jiminy’s Journal nor has he been mentioned by anyone in the games. 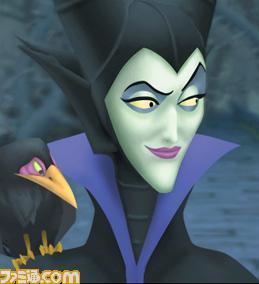