The Master Control Program, was the highest-ranking program in the Hollow Bastion OS.

The Master Control Program. He rules the system as the chief control program.

Instead of working for the users, the MCP is planning to take over the system for himself. By refusing to follow the users’ orders and trying to enact his evil plan, he’s causing chaos among the other programs.

The MCP was once the network controlling program of a company called ENCOM, where it was able to monitor and control the progress of functions of the entire company. As time wore on, it began to make itself more powerful by deleting weaker programs and adding their functions to himself. Eventually he was too powerful to be stopped even by a User, and was only stopped from taking total control of every computer network by a lone User who was pushed into the digital realm, with the help of a powerful security program called Tron.

An unknown amount of time later, the system was copied by Ansem the Wise and used in his personal network. He created a dataspace for information concerning Hearts and the Heartless, protected by Tron. He also rebuilt the laser that allows Users to travel into the computer, and stored away the MCP, realizing the danger it posed to the system, and to Users themselves.

After the banishment of Ansem the Wise, Xehanort and the other apprentices reactivated the MCP, possibly to gain access to Ansem’s private files.

Years later, the Hollow Bastion Restoration Committee rediscovered Ansem’s computer, and booted it up, discovering the MCP still active. He had been using Ansem’s and Xehanort’s data to create an army of digital Heartless, under command of his number two, Sark. He locked away Tron, and no other programs were ever shown, though were likely either destroyed and replaced by Heartless or out of sight, mindlessly working for the MCP.

The MCP himself attempted to gain access to the DTD, Ansem’s dataspace, to gain infinite wisdom and take over the world. For a short time, he did have access to it, and immediately activated the emergency self-destruct mechanism for the town. But with help from Sora and Co., Tron was able to keep him out, and created a new password.

The MCP, however, was able to fight from another front to take over the world. He reactivated the Heartless manufacturer in Ansem’s lab, and began creating an army of electronic Heartless to ravage the streets of Hollow Bastion. Although Leon and Yuffie fought them off well enough, the Heartless kept coming, and their only hope was Tron, who was locked away in the Hollow Bastion OS. Cid began making an MCP Eradication program, enhanced with Merlin’s magic, and Sora saved Tron in the digital world. After Tron received the enhancement from Cid, he and Sora went to the Central Computer Mesa, and fight the MCP himself, as well as a gargantuan Sark. 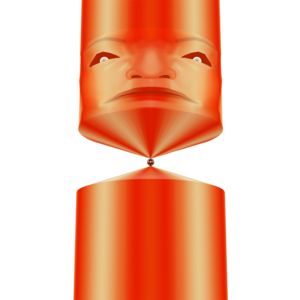 Title
Tron 1982: Dillinger and The MCP All Scenes (Movie Compilation)
Keywords
Tron 1982, Tron 1982 Dillinger, Tron 1982 The MCP
Description
Dillinger and the MCP are the main reason Flynn goes on his journey inside the g...