Philoctetes, or “Phil” for short, is a satyr (a half man, half goat). He is the personal trainer of Hercules and runs the Olympus Coliseum. He can be grumpy and argumentitive at times, but equally kind and generous. He often judges people before he gets to know them. Phil’s dream is to train a hero so great that the gods will create an astrological sign in the sky, and people would say “That’s Phil’s boy”. But Phil doubts this will ever happen at times, believing is for rookies. His catchphrase is “two words” where he tells someone something, but it is in at least three words or more. Goofy often counts the words with his fingers. He will appear in Kingdom Hearts 358/2 Days, showing him talk to Roxas.

Phil the satyr is a veteran trainer of heroes and Herc’s mentor. These days he’s very busy running the Coliseum and choosing competitors suitable for the games.

Trainer of countless heroes, including Hercules.

Nowadays Phil runs the Coliseum and manages the games.

Or “Phil” for short. Phil is a veteran trainer of heroes and Hercules’s mentor. He also trained Sora and his friends during their first adventures with Hercules.

These days Phil is busy running the Coliseum and screening contestants for the games. 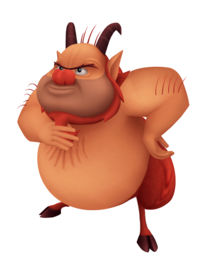 The Messed Up Origins of Philoctetes | Disney Explained - Jon Solo