Setzer is a character that originally appeared in Final Fantasy VI. A top Struggle fighter, he is a flashy and arrogant ladies man as well and enjoys taunting his opponents. He is voiced by Crispin Freeman in the English version of Kingdom Hearts II.

A wayfaring gambler who’s ready for any game and any challenge. He’d even cast his life to the chips and let luck choose its course.

Setzer is the Struggle’s prior winner. He tends to be followed by an army of lovestruck, screaming girls.

Setzer is the champion of the Struggle competition when the player is playing as Roxas in Twilight Town. After Roxas defeats Hayner and Vivi, he duels Setzer. Setzer asks “rucksack” to throw the match for him, but Roxas refuses. If Roxas wins the Struggle, Setzer leaves the arena quietly, then joins in cheering Roxas as the new champion.

When Sora returns to the real Twilight Town later in the game, Setzer is the second opponent to be fought, accessible after defeating Hayner ten times. Ten victories over Setzer earns the player the right to challenge Vivi.

As a Struggle fighter, Setzer has a very simple moveset. He moves quite nimbly and can leap back swiftly to dodge attacks. One of Setzer’s three moves is a simple, short-range thrust that can easily be avoided. His other moves are much more powerful. In one, he jumps through the air spinning his bat, hitting a large area. In the other, he stops and kneels down – if attacked, he not only blocks the attack but uses a strong counterattack, knocking his opponent into the air and stealing many orbs from them.

Unlike the other Struggle fighters, Setzer is not at all aggressive in his fighting. The player can easily defeat him by keeping their distance and waiting for Setzer to use an attack, which they can dodge and attack while he is off his guard. Be sure not to attack while Setzer is kneeling to avoid his counterattack. 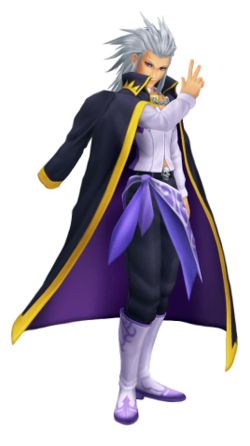 Brian Setzer - I'm Only In It For The Honey